What goggles does Adam Peaty wear? He always chooses the Arena Cobra Ultra Goggles, which come in a range of colours and lenses.

"They’re stunning, delivering a great sense of speed.I love my Cobra Ultra goggles from day one, I’ve been training with them since I got them. They’re definitely going to be my goggles of choice for competitions.They have a distinctive unique look that just feels cool."

What jammers does Adam Peaty wear? Peaty races in the Arena Powerskin Carbon Flex VX jammers, which are available in a range of colour schemes.

1
per page
Set Descending Direction
SHOP YOUR SIZE Find your perfect size; only products in stock will be displayed. 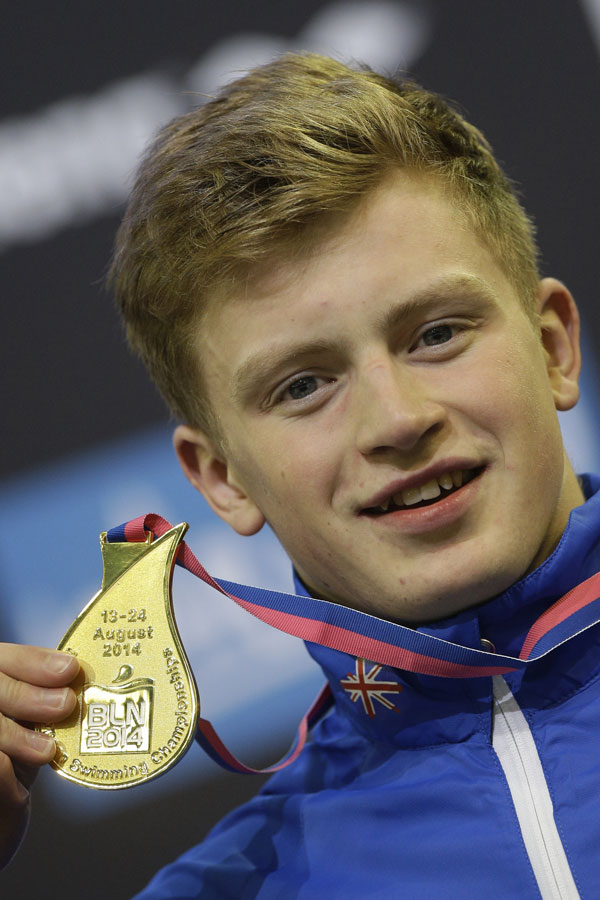 Food: Flapjack and Nesquick, I would happily live off these for the rest of my life...

Music: Grime, Hip-Hop, House (anything with a sick beat!)

The signs of Peaty’s potential began to come to the fore in 2012 and 2013, before Adam fully announced himself on the international stage during the 2014 Commonwealth Games and European Championships. Peaty managed to break the games’ 100m breaststroke record in Glasgow in each of his three races. At the Euro’s a few weeks later, Peaty secured four gold medals and set two new world records in 50m breast and the 4x100 mixed medley.

At the Rio 2016 Olympic Games, Peaty became Great Britain's first male Olympic champion in the pool since 1988, winning the gold in 100m breaststroke. FINA later awarded him the title of ‘Best Male Swimming Performance at Rio 2016’ after he twice broke the world record.

In 2017, Peaty completed a 50m and 100m breaststroke double at the World Championships, managing to break the 50m world record twice and becoming the first swimmer ever to go under 26 seconds. He also set himself a similar goal in the 100m breaststroke - called ‘Project 56’; where he aimed to go under 57 seconds. Peaty thought he'd come close at Glasgow 2018, setting a new world record of 57.00, but that time was later revised to 57.10 after a fault with the race timing system was discovered.

It followed what Peaty classed as a disappointing 2018 Commonwealth Games on the Gold Coast, where he had to settle for silver in the 50m breaststroke after winning gold over 100m. At the conclusion of Glasgow 2018, Adam had 22 international gold medals to his name, as well as three world records.

Later in the summer of 2018, Peaty completed an astonishing 'treble quadruple' in the European Championships. He won gold in the 50m breaststroke, 100m breaststroke, 4x100m medley and 4x100m mixed medley for the third time in a row.

Adam Peaty seems to be an unstoppable force in the pool and will be pushing to continue his medal and records success in upcoming competitions.