It’s that time of the year again. When the culmination of months of training, many qualifying races and buckets full of determination comes to fruition in the form of the Kona IRONMAN World Championships.

This year they take place on the 12th of October 2019, which is a staggering 41 years since the international, nerve-testing race first began. The race is comprised of a 2.4-mile swim, a 112-mile bicycle ride and

finally a marathon 26.22-mile run. There is a total designated time of 17 hours in which competitors must complete the entire Championship course.

Around 2,500 athletes will gather to compete in the race. The first set of athletes will start at 6:25am with the male professionals setting off first. The racers will then be released in divisions of Age Group and gender up until the Legacy racers set off at 7:30am.

The race will be held on the island of Hawai’i in Kailua-Kona. The swim course begins and ends in the same place which is Kailua Pier. The bike segment races north on the Kona Coast through the scorching lava fields, and then along the Kohala Coast which leads to a small village called Hawi before returning along the same route for the transition into the running marathon. The running segment leads through Kailua-Kona and onto the same highway the Queen Ka’ahumanu as the bike course. Finally, athletes make their way back into Kailua-Kona, running down Ali’i Drive to which the thousands of spectators that have gathered wait in anticipation to watch the final leg of this incredible competition.

History in the Racing

The first ever Ironman was held in 1978 and set to take elevate endurance athletics to a new era of competitive racing. A Navy couple named Judy and John Collins who come from Honolulu were the originators of this giant event. They proposed to combine three of the toughest endurance races in to one race that would test the accreditation of athletes like never before.

On the day of the first ever race, on February the 18th 1978, a total of 15 travelled to Waikiki, where the race was originally held. They were given a few sheets of paper with rules written on them, and on the last page written was “Swim 2.4 miles! Bike 112 miles! Run 26.2 miles! Brag for the rest of your life!”

The Ironman World Championships has been one of the most awe-inspiring display of athletics within our modern world and most athletes who compete take on rigorous training routines that last over half of a year to be able to compete. 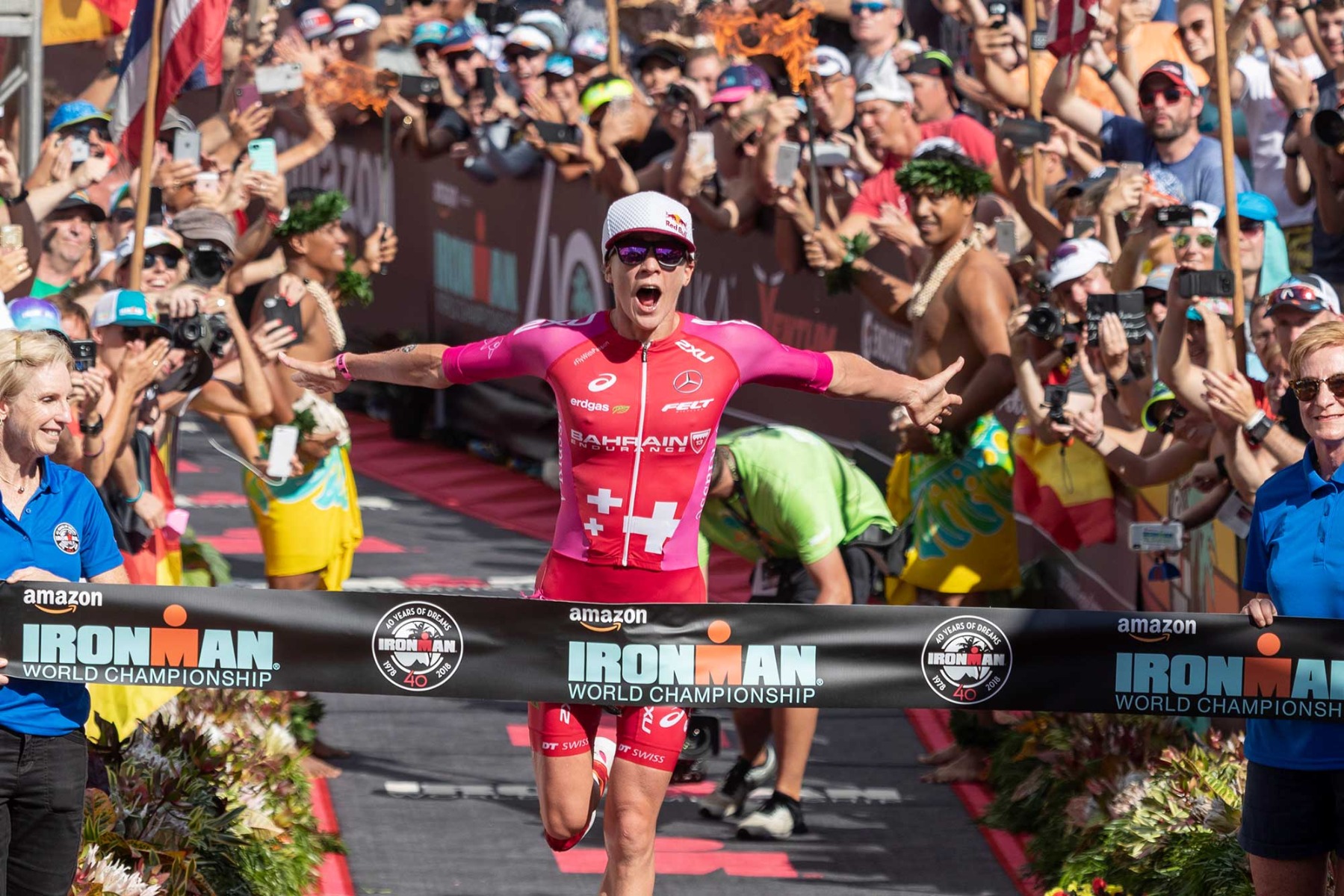 Each year the many qualifying Ironman events are held to take the 95,000 competitors down to the select few who make the final phase of the toughest course on earth.

All of this inspires the IRONMAN saying, which is “ANYTHING IS POSSIBLE!” With the incredible ingenuity of this event thriving in all of the athletes that strive to take part, it really becomes easy to believe that anything is possible if we put our minds to it.

Here are ProSwimwear we want to wish every competitor good luck in the Kona IRONMAN World Championships 2019, we will be watching, and we are inspired by your determination daily!

If the Ironman has interested, you in endurance racing then we have some suggestions for you! If you’re headed to KONA, or just want to follow in the footsteps of your Tri idol – then check out our excellent range of tri-suits today from the world’s top brands!

We stock a variety of womens wetsuits and mens wetsuits you feel inspired to dive head-first into triathlon training! We also stock a range of triathlon goggles and accessories to help you reach your full potential!

As they say… anything is possible!