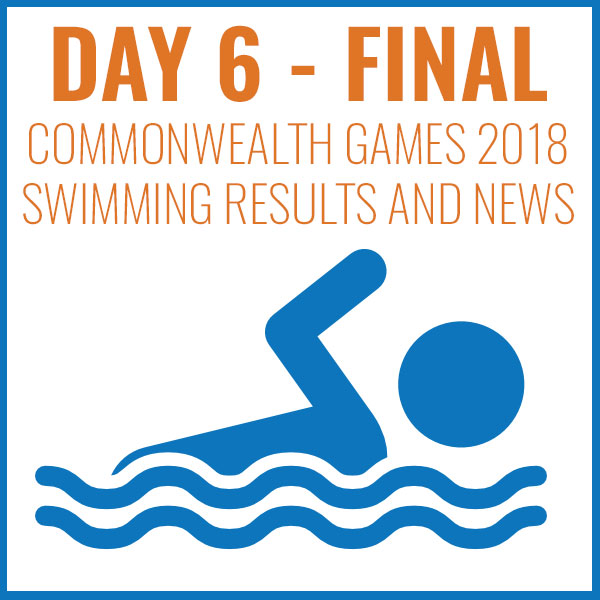 Find out all the swimming news and results from today's final swimming commonwealth games 2018 event, keep up to date with our swimming guide here

Keep up to date with times and one's to watch with our swimming guide here or follow our social media for live updates!

Australian Ariarne Titmus flied through the women's 400m free and shattered her own Australian record and recorded a new Commonwealth Games record to kick start the last day of the swimming games! Grabbing the gold medal with a time of 4:00.93 closely followed by silver medal winner Holly Hibbot and Bronze winner Eleanor Faulkner.

We're getting used to these Aussie sweep's! All three medals for Team Australia in the men's S9 100m backstroke, with a close finish Brendan Hall came out on top receiving the gold with a time of 1:04.73, followed by team mate Timothy Hodge for silver and Logan Powell with the bronze ending in a 1-2-3 Aussie sweep!

What a thrilling race to the gold in the men's 1500m free! Aussie swimmer Jack McLoughlin led from the 100 mark and never looked back! A clear winner for the duration of the meet with a time of 14:47.09 McLoughlin secured gold at the finish line. With a touch and go result for the silver and bronze, Daniel Jervis took over Horton on 1250m mark and kept the momentum going for the win to silver, resulting in Mack Horton with the bronze.

What a race to end on! Team Australia pip England right at the wall by nine one hundreths of a second to claim gold in the exhilarating men's 4x100m medley. Peaty pulled it back on the third leg to take the lead with the breaststroke, however they were just beaten in the final second.

Amazing performance by Ben Proud who blitzed his way to the 50m freestyle gold retaining the title he won in Glasgow with a time of 21.35 seconds - slightly slower than his semi-final time when he set a Games record of 21.30, but the Plymouth swimmer was proud to have defended his title he won four years ago! 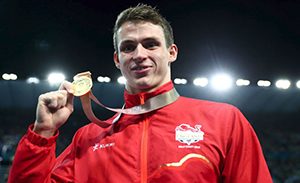 able to retain this title gives me more energy to be able to compete in four years’ time in front of a home crowd in Birmingham. Hopefully, I’m still in good shape and I’ll try and get it for the third time.

That’s a long time in the future but at least right now I’ve done all I can and I can keep moving forward.” 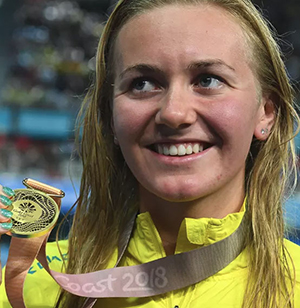 Australian swimmer Ariarne Titmus set the tone on the final day of the Commonwealth swimming games, setting it off with a splashing success winning the gold in the women's 400m free!

Her winning time of 4:00.93 demolished the previous record of 4:04.47, creating a new Commonwealth Games record! 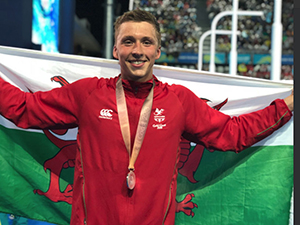 "I just wanted to make my family proud"

Welsh swimmer Daniel Jervis definitely succeeded his goal in making his family proud winning a silver medal in the 1500m free! With a turn of events after the 1250m mark Jervis made a home run for the win! Beating Mack Horton to the finish line.

Duncan Scott is the most decorated Scottish athlete at the single games. He won the 100m freestyle and has four bronze medals from the 200m freestyle, 200m butterfly, 4x100m freestyle and 4x200m freestyle.Scott came close to adding a seventh medal in the 4x100m medley, but his powerful last leg could not quite overhaul the South African team, who finished behind Australia and England. 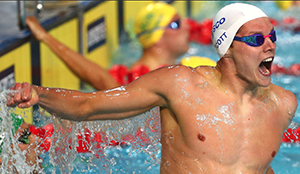 Scott is an athlete for the modern age; utterly fearless, frighteningly dedicated and hugely talented. Where he goes next is obvious: to Glasgow in August for the European Championships. 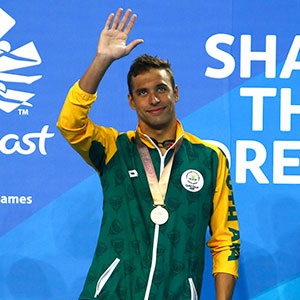 Chad le Clos - the most decorated Commonwealth Games swimmer of all time with 16 career medals! This is how he feel's about the victory:
"Personally to win the fly treble tonight was one of my best swims ever, thank you to everyone who has helped me get to this point, Truly humbled to be most successful swimmer ever in @GC2018history 16 medals much love everyone" 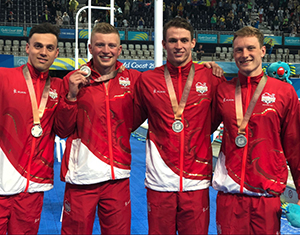 Medley relay. Guy’s impressive butterfly in 50.95 meant Proud dived into the pool for the freestyle just ahead of Chalmers. But despite swimming a 47.93 leg, the Australians just touched home first

Guy added: “That’s four silvers and one bronze for me so it’s nice to end on a high. That was a good split for me, so I’m happy with that. There’s always room to improve but nice to end on a medal.” 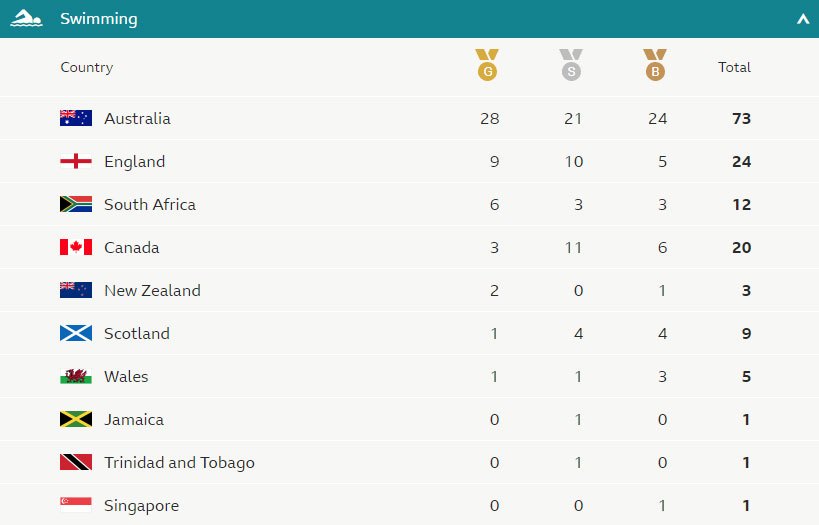