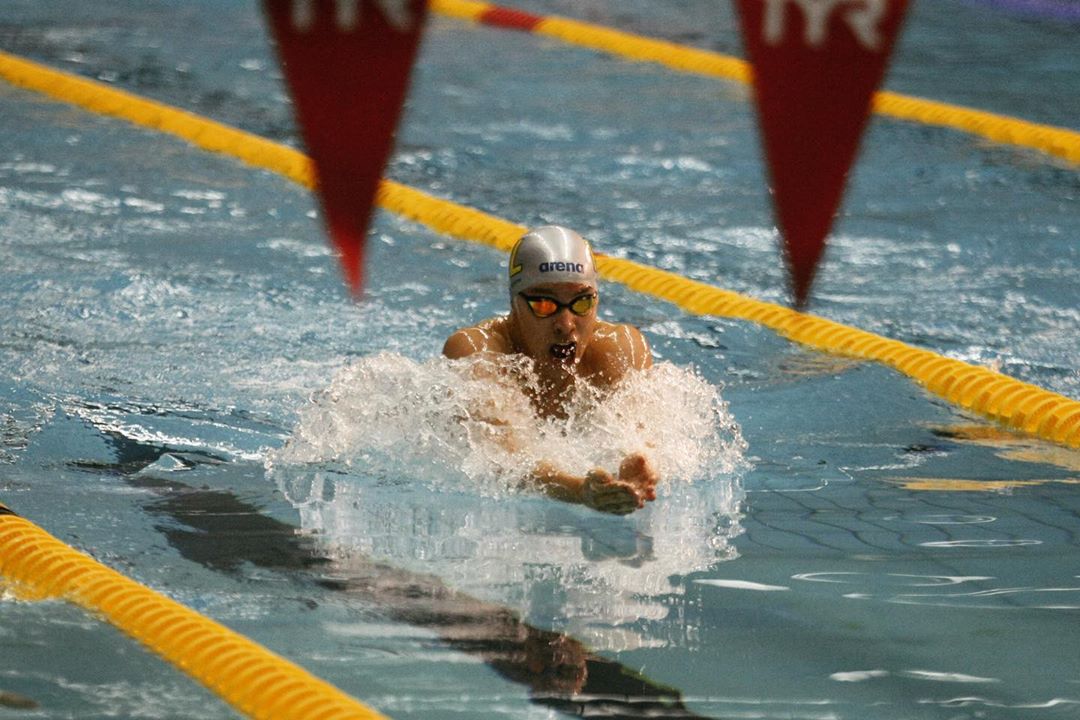 Over the 23rd to the 28th of July I took part in the 2019 British Summer Championships at Tollcross International Swimming Centre in Glasgow. This competition gathers the top 24 national swimmers ranked by British Swimming categories including event race, personal bests and medal positions. Each day contained two sessions consisting of heats which then went onto the finals.

This competition was the central focus for me within the third cycle of the 2018/2019 swimming season, which runs from April - August. During the championships, I competed in the 100m & 200m Breaststroke, 200m Individual Medley and the 4x100 Men’s Medley relay.

In the heat swim, my time of 1:02.88 qualified me for the 19/over final. In the final I went on to swim 1:02.91 which secured a sixth-place finish overall. Unfortunately, on this occasion my stroke felt slightly rushed and uncomfortable; I didn’t manage a personal best, but I was really happy to qualify for the final.

For the 200m heat swim I managed to finish second with a time of 2:15.82, which again qualified me for the 19/over final. I felt more comfortable than before in this longer distance event and was feeling excited for the final. In the final, I swam 2:13.21 to win the the gold medal! If I’m being critical, I was hoping for a slightly faster time - but I was delighted with my first national title!

Away from Breaststroke, I competed in the 200m Individual Medley. This was not my main event, but I’m always looking for opportunities to reach a new PB wherever I can! Fortunately, I managed to do this with a swim time of 2:10.22.

As a member of the Plymouth Leander’s Men’s Medley Relay team, I swam the Breaststroke laps as we qualified for the final in fifth place. In the final we all improved our time with good individual splits to secure fifth position in a time of 3:47.74.

Overall, I was happy with my performances at the British Summer Championships. This competition forms part of a wider performance pathway, which is great to be a part of as it’s designed to support junior talent on their journey towards senior medal worthy performances.

As a swimmer, you’re always looking to improve and reach a new personal best… so It would have been nice for more of those over the weekend, despite note being far off! Undoubtedly the highlight was winning a national title for the first time, which was a great achievement for me.

Looking onto the next competition, I’ll be competing in the Hong Kong Open Championships between the 9th-11th of August at the Victoria Park Swimming Pool, Tin Hau which will be a great experience. This will be my last competition of the season and I’ll be enjoying a nice two week break afterwards! After my holiday I’ll be straight back and will dive into the next Olympic season with lots of goals and some great targets in mind!

At ProSwimwear we have an amazing selection of racing swimsuits. You'll find loads of great brands with boys and men's jammers or girls and women's kneeskins with open or closed back. Give your performance an edge with our selection of FINA approved competition racesuits from brands including Speedo, Arena, FINIS, TYR and Jaked.