Sarah Sjöström became Sweden's first ever female Olympic swimming gold medallist when she won the 100m butterfly at Rio 2016, setting a new world record of 55.48 in the process.

What swimsuit does Sarah Sjöström wear for racing? As part of her sponsorship with Arena, Sarah Sjöström has played a key role in developing the Arena Powerskin Carbon Ultra tech suit. She has been known to wear this swimsuit for many high profile races, along with the Arena Cobra Ultra or Core racing goggles.

"Being able to wear the world’s best gear, and also be involved on the cutting edge during its development, is obviously a big advantage." 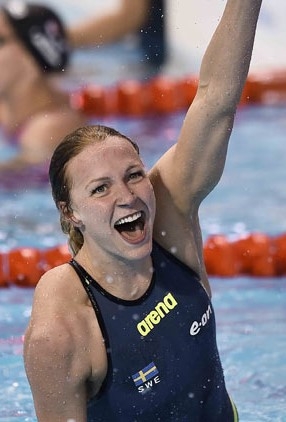 Sarah Sjöström has been a dominant force on the international scene for the past decade. She won her first European gold medal in the 100m butterfly at the age of just 14 in 2008, and has claimed golds at every European Championship held since then.

The following year in 2009, she set two new 100m butterfly world records on successive days as she won her first World Championship. All this, despite not yet having even turned 16 years old.

European golds followed in 2012 in both the 50m butterfly and 100m freestyle, but she left the London 2012 Olympics empty-handed.

"There's no point being sad over individual losses, there will always be new races. The most important thing is to have fun, that’s when the results come."

Her Olympic dream was realised four years later when she became the first Swedish woman to win a gold in the pool, dominating the 100m butterfly. That same summer, she won three more European golds to add to the three from 2014.

The following World Championships in Hungary in 2017 were also hugely successful for Sjöström, where she retained her title in the 50m butterfly and 100m butterfly – while also securing the gold in 50m freestyle and silver in 100m freestyle. 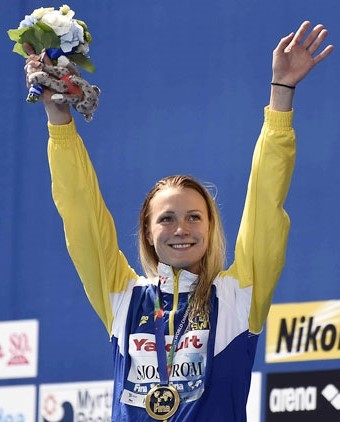 Time off: Hang out with my dogs

Food: It depends! After a tough week of training, pizza is my favourite

Movie: The Day After Tomorrow