James Guy has won a total of nine international medals in 2018 alone. He was a triple gold medallist at the recent European Championships in Glasgow, and won five medals at the 2018 Commonwealth Games in Australia.

Guy is also one year into a partnership with FINIS, who he is helping develop a range of new racing suits such as the FINIS Rival, as well as other racing and training equipment.

What jammers does James Guy wear? James Guy has played a key role in developing the FINIS Rival jammers, which he has worn jammers at both the Commonwealths and Europeans this year, along with the FINIS Vapor Pro.

"I know how a swimmer thinks, and how they would like a suit to feel in the water, and I've been putting as much energy as I can into that."

1
per page
Set Ascending Direction
SHOP YOUR SIZE Find your perfect size; only products in stock will be displayed. 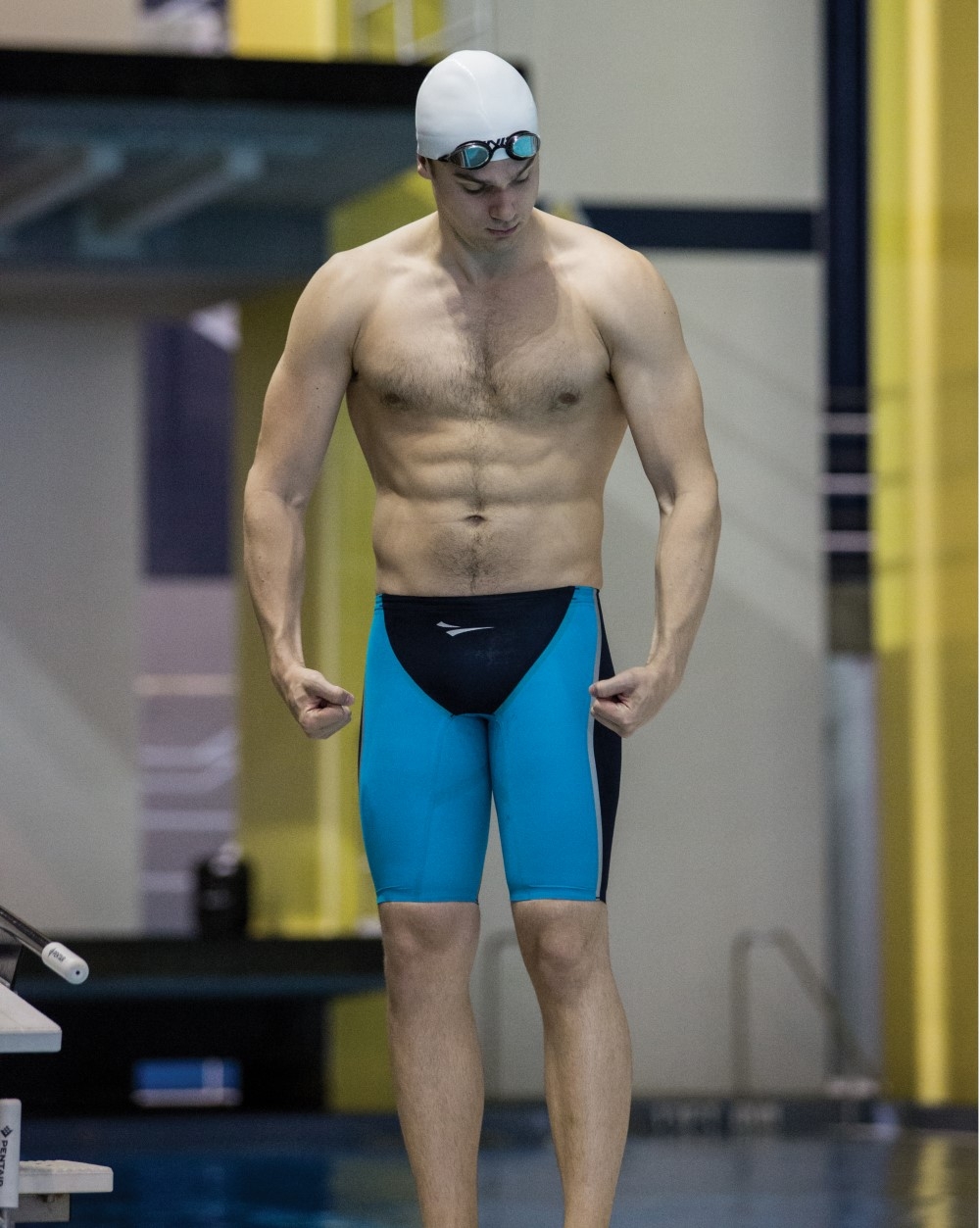 James Guy has won gold medals at both the World and European Championships, as well as the Commonwealth Games. Most recently, Guy played a key part in Britain's relay dominance at the 2018 European Championships in Glasgow, where he was a triple gold medallist as part of the 4x200m freestyle, 4x100m medley and 4x100m mixed medley teams.

Guy also gained a European bronze in the 100m butterfly, following on from the silver he claimed in the same race at the Gold Coast 2018 Commonwealth Games. Guy enjoyed a successful time Down Under, returning with four silvers and a bronze.

The British swimmer made his international debut at the 2013 World Championships in Barcelona, but really made his mark two years later at Kazan when he won world gold in the 200m freestyle and the 4x200m freestyle relay. Guy also claimed a silver medal in the 400m freestyle.

At the Rio 2016 Olympic Games, he claimed two silver medals as part of Britain's 4x100m medley and 4x200m freestyle relay teams. Guy also claimed gold at that summer's European Championships in the 4x100m medley relay, as well as a bronze in the 200m freestyle.

In 2017, Guy relocated his training base to the University of Bath. Later that year, at the 2017 World Championships in Budapest, he claimed three more medals. A gold in the 4x200m freestyle, a silver in the 4x100m medley, and a bronze in the 100m butterfly.

Also in 2017, Guy agreed a partnership with FINIS which has seen him playing a key role in developing the FINIS Rival tech suit and a range of other racing equipment.