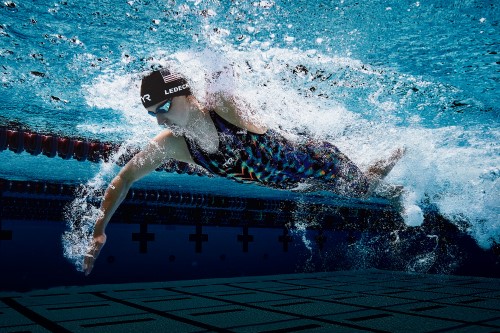 There is a real buzz about the arrival the new TYR Venzo tech suit which the American swim brand is promising will 'redefine performance in the water'.

Excitement has been building since TYR gave the swimming world its first glimpse of the new race suit in an official launch at Laguna Beach last autumn.

The TYR Venzo certainly looks awesome, and has been developed in close association with top international swimmers including including Katie Ledecky, Simone Manuel, Ryan Lochte and Matt Grevers.

TYR say the Venzo is the first and only FINA-approved tech suit to analyse drag from a microscopic perspective.

It is made from a frictionless and durable fabric, and has been designed with TYR's hi-tech Surface Lift Technology™ to promote a higher body position in the water.

The TYR Venzo also has a taping and inner textile design called the Endo Compression Cage™. This has been designed to provide a shield of support for the abs, obliques and quads, creating a 'snapback' effect in the water and helping to increase distance per stroke.

In addition to this, The TYR Venzo's Seamless Exo Shell™ construction further enhances the swimmer's streamlined body position. It will join an impressive range of TYR racing suits that already includes the Avictor Venom and Thresher.

TYR have some of the USA's top swimmers on their roster, and these Olympic medallists have played a major role in the design and development of this new tech suit. 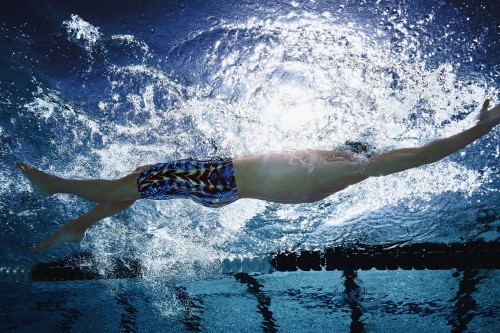 TYR Venzo - What The Pros Are Saying

"I have never worn a suit that makes me feel more prepared, confident, and comfortable in the water. TYR has really taken things to the next level with the Venzo™ in terms of the suit's durability, compression impact, and the smoothness and stability it provides in the water."

"Since I signed with TYR, I've been back and forth to their offices to test the Venzo™ at every stage of development. When it was complete, I literally felt like a superhero moving through the water. This suit will break world records, it's that fast."

"Having been a part of the development of TYR tech suits for over 10 years, I can confidently say this is the best combination of compression and comfort. The Venzo™ was a collaborative effort with constant feedback from TYR athletes and, although it can be difficult to appease the preferences of every swimmer, I believe the design team listened to all of us to come up with best suit on the planet."