HUUB have released a new suit that is about to change the way wetsuits transform the triathlon. They have partnered with the iconic Brownlee Brothers, Alistair and Jonny, to create the ultimate wetsuit that gives the triathlete everything they could need to succeed.

The magic combination of HUUB’s renowned expertise and the Brownlee’s hands-on experience create a new-age Triathlon suit that aims to be better than any that have come before.

In the HUUB Agilis Wetsuit one of the priorities was to make wetsuits individual for men and women. Both designed from scratch and made equally with the wearer in mind. These are two unique creations designed to enhance benefits for the individual needs in men and women’s wetsuits. 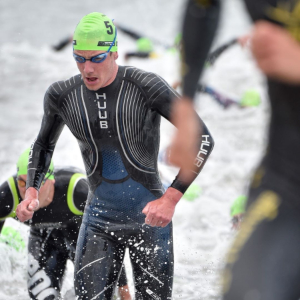 The HUUB Agilis has some of the most innovative features around!

HUUB have created the Arm Neutral Position. This aims to reduce the optimum stretch cycle by a staggering 50%! This means that you don’t have to adapt your swim stroke without a wetsuit to one with it one – you can keep your stroke exactly the same!

The lack of stroke restriction in the wetsuit gives you Rotational Freedom. This is a result of being able to mimic your exact swim stroke even with your wetsuit on. This is brand new to tri-suits and has never been felt before. Even the Brownlee’s agree this one is a game changer.

Some of the other features that the HUUB Agilis has are:

Made in the making

One of the most special and unique things about this wetsuit is how it was made. Throughout the entire making of it there was a collaboration between Alistair and Jonny Brownlee and the professionals at HUUB.

After creating this suit there is one thing that they are certain of: There is no faster wetsuit than this. After careful time, planning, effort and a combination of expertise they strived and succeeded in creating the fastest wetsuit around. This is the wetsuit that triathletes have been waiting a long time for. There are no compromises, no add-ons or extras. This suit has everything that you could need from the moment you enter the water to ensuring a flawless transition. Train without change, swim without fear.

After all, if the Brownlee brothers wouldn’t wear a suit that sacrificed their performance, why should you?

You can find the Brownlee Agilis suit for men and women! Check out HUUB for other amazing women’s wetsuits, men’s wetsuits, triathlon and swimrun swimwear. They also have a great range of accessories, tri-suits and goggles to complete your winning look.

At ProSwimwear we have a brilliant selection of wetsuits and accessories in our triathlon, swim run and open water categories!