Here at ProSwimwear we hold swimming and swimmers at the heart of everything that we do. That’s why, we are introducing the Superhero Spotlight! In these editions of blogs, we will be celebrating Superhero athletes who are shining brighter, and swimming brilliantly.

The History That Makes History

Minna Atherton is a competitive swimmer from Australia. She is only 19 but she has been making waves in races for years. She won gold medals for her competitive swimming in the FINA World Junior Swimming Championships in 2015. She took home gold for both the 100 metres and 200 metres backstroke events in Singapore. 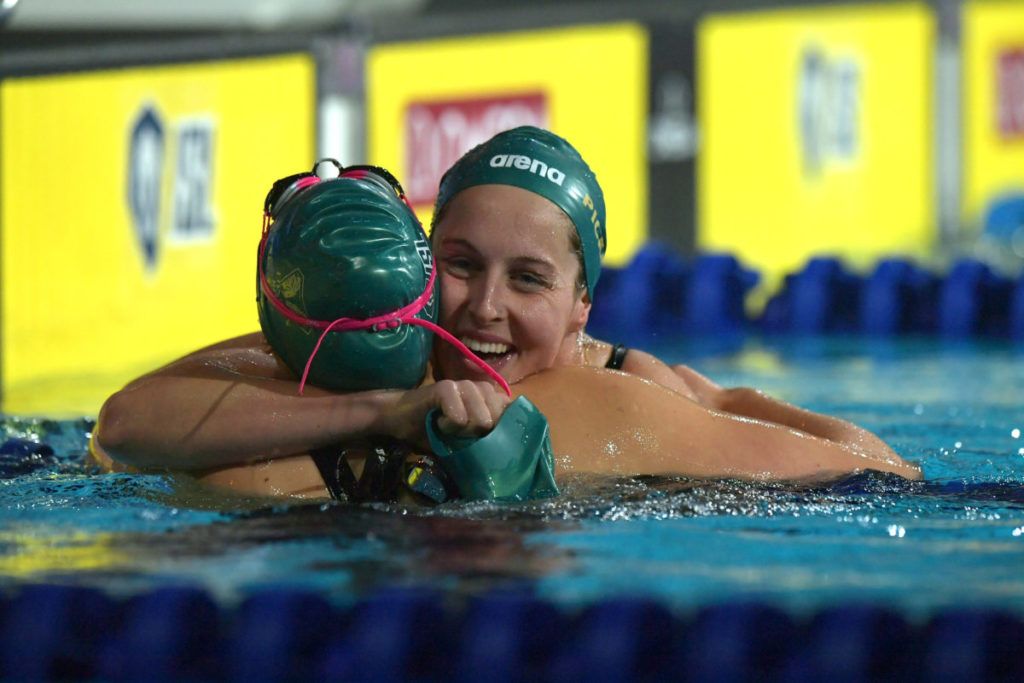 Minna Atherton stars in this Superhero Spotlight because of her incredible performance in the International Swimming League. She has been competing with London Roar who are so far dominating the competition. It was in the stint of the competition that visits Budapest, that Minna really shone brightly.

She won two medals on the first day. She won one in the 200 Backstroke against fierce competitor Katinka Hosszu, marking her place in the competition clear to anyone who swims against her. She then went on to take her second win of the day in the Womens 50 Back, earning more points for her team.

However, it was on the second day where she really pulled it out of the bag. She competes in the 100 back and not only wins, beating all of her elite competition, but she sets a new world record! She is the first women to swim under 55 seconds in the 100m Backstroke. Just to add to the stack of accomplishments this is the first ever World Record that has been broken at the International Swimming League!

Her impressive list of achievements is incredible – especially all at the age of 19! She has a habit for record breaking, and we are beyond excited to see what records she breaks next! She is a true swimming Superhero and is completely deserving of the spotlight.