One of our very own here at ProSwimwear, our team member Rob, is competing in the National Arena Swimming League this weekend! We are very excited to see what he does, and very pleased with everything he has achieved! We asked him to give us an insight into his swimming life and his anticipation of the eagerly awaited Arena Swimming League! 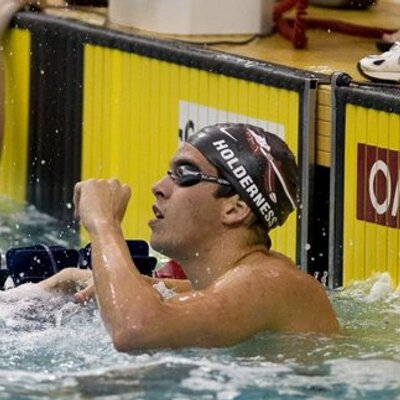 Rob is a member of the business development team here at ProSwimwear. He works closely with swim and triathlon clubs all over the world, supplying them with custom team kit. Get in touch!

Some of Rob’s previous swimming achievements include being British Champion in the 50m Breaststroke in 2010, a Five-time Commonwealth Games finalist from 2010-2014 and the current Welsh National record holder in the 50m, 100m and 200m breaststroke!

As Rob grew up watching his two older sisters’ swimming, he knew he wanted to follow in their footsteps – and go one step further! Since then, he hasn’t looked back.

Rob’s predominant stroke is the Breaststroke and he remembers being labelled as a breaststroker from an early age by his coaches! On the other hand, his least favourite stroke is backstroke. There is nothing Rob enjoys more than competing whether it is a board game, pub quiz or a swimming race Rob always has his eye on victory!

We asked him about the up and coming Arena League and this is what he said!

What events are you competing in?

What club are you representing?

What kit will do you wear when competing?

I generally wear Speedo products when I am racing.

How do you feel about big competitions like the Arena Swimming League?

I think they are great for the sport. The Arena League is the only big team competition in the UK. Which is a shame because it’s great for the swimmers and spectators. Everybody enjoys it, and for once you’re not just racing for yourself but for the team.

What are you most looking forward to in the Arena National Swimming League?

Swimming in a relay team again. There is something about a relay that really motivates me. You never want to let your teammates down in a relay. They are also 50m which is great when you don’t train much!

How have you prepared for the competition?

Not very well to be honest. My aim for round 2 is to have trained a lot more. I have been swimming at Huish leisure centre in the evenings to get my feel for the water back, as well as competing in a sprint triathlon earlier this year.

What do you hope to achieve?

My main aim is to finish each race. I am planning to get back into full racing shape, however, this is my first race in two years, so my expectations aren’t all that high.

Wow. We can’t say we’d be able to do it ourselves, but Rob is making us want to try! We wish him the absolute best of luck in the competition this weekend, and we are all cheering him on!

The National Arena Swimming League has Round 1 this weekend on October the 12th-13th 2019.