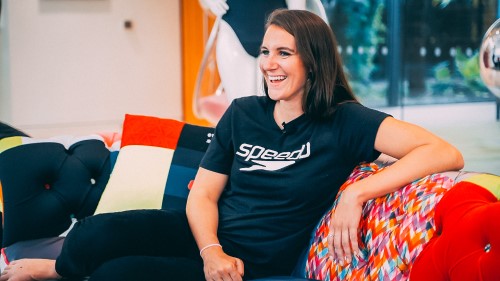 Double Olympic silver medallist Jazz Carlin has called time on an 'amazing journey' after announcing her retirement from competitive swimming.

Carlin, who claimed two silver medals in the 400m and 800m freestyle at Rio 2016, now plans to work with the Welsh youth squad and spearhead the Swim Wales Learn to Swim programme.

The 28-year-old has been swimming competitively for 14 years, but it was 2014 when Carlin really made an impact on the world swimming scene.

She won an 800m freestyle gold medal at the Commonwealth Games, and was also crowned European champion over both 400m and 800m in Berlin.

Also that year, she claimed an 800m freestyle silver at the World Short Course Championships, before going on to win another European double in the 25m pool at Netanya 2015.

Looking back on a career that saw her win 13 major international medals in six years, Carlin said: "It's really hard for me to pick out one single highlight.

"Obviously winning two silvers at the Olympics was an incredible experience but winning gold for Wales at the Commonwealth Games in 2014 is also up there, so it’s really difficult to pick just one.

"I've been on an amazing journey through swimming, I've learnt so much about myself and how to deal with certain situations. I love swimming and I'm lucky to have been a part of the sport for so long."

Most recently, Carlin swapped the pool for the outdoors and competed in the 2018 European Open Water Championships in Loch Lomond.

But now she plans to pass on her passion and experience to younger swimmers by supporting Learn to Swim Wales, which has a target of helping every child become a swimmer by the age of 11.

Carlin's coach Dave McNulty paid tribute to a swimmer with an "unrelenting drive for excellence in every area".

"Jazz moved to us at the British Swimming National Centre Bath in 2014, with a clear vision, mind-set and ambition to win Olympic medals at the Rio 2016 Games," said McNulty.

"Over the next two years, Jazz left no stone unturned in her dream of making it to the Olympic podium and made a huge 'Olympic Shift'. This simply means, we did everything better, with more focus, and with an unrelenting drive for excellence in every area.

"When I walked Jazz down to the call room at the Rio Olympic Games for her first Olympic final, we honestly knew that all had been done that we possibly could do, and Jazz was absolutely ready; with two individual Olympic silver medals the rest is history."

British Swimming National Performance Director Chris Spice added: "Jazz has had an amazing career and was a valued leader in our squads.

"The most significant of all Jazz's strengths was her ability to bounce back after the injury disappointments going in to London 2012, to turn that into two outstanding silver medals four years later in Rio.

"We will miss the determination that she brought to training every day and her infectious 'never give up' attitude."