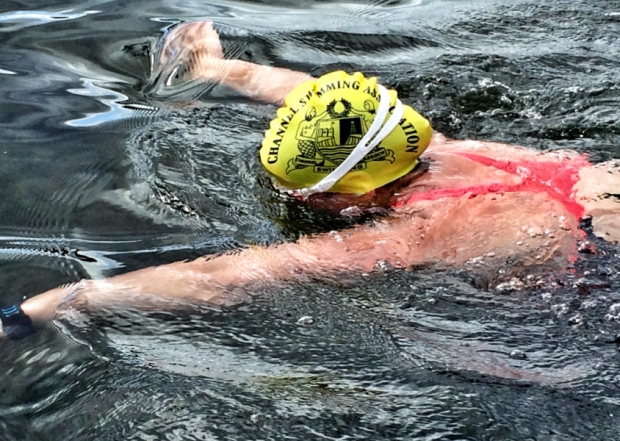 A wife and mother from Portstewart has given herself the challenge of swimming more than 13 miles in open water from County Donegal in the Republic of Ireland to the town of Portstewart in Northern Ireland. Heather Clatworthy plans to fulfill a lifelong dream with her long distance sea swim this summer, as well as fundraising for the RNLI and the Portstewart Outdoor Recreation Fund.

Heather wants to raise £1000 with her endurance challenge this July but admits that the main focus is simply finishing the gruelling ocean swim.

“That’s what makes this a genuine challenge, and if I don't try I will never know. Currently, I am the fittest, for swimming, that I have ever been in my entire life, and I feel that if I did the swim today, I would probably make it half way before climbing on the boat.

“That is why I have a training plan, and a lot of great friends and professionals on board to help me prepare myself the best I can both physically and mentally.

“If at any point in the swim I feel I need to quit, I will stop and get on the boat. “

In an interview for a local paper Heather says: She says: “Since I was a little girl growing up in Portstewart, sitting on the strand beach, twiddling the sand between my toes, I have looked across the sea to Donegal and wanted to swim to the other side.

Heather says she was inspired when she read about the feats of a woman by the name Mercedez Gleitze. Gleitze was a pioneer in open water swimming and caused quite a local stir when she arrived in County Antrim in the summer of 1929 with the intentions of swimming across Lough Neagh, or Loch Neagh as it's sometimes known. Historical accounts state that the long distance swimmer made it across the largest lake in the British Isles in a little over 18 hours. The same summer, she completed a swim across the same stretch of water that Heather has her sights on! Lough Foyle.

Gleitze was a bit of a celebrity in her day and her open water swimming endeavours attracted a lot of attention and admiration as well as endorsements and sponsorships from big company's including Rolex. Gleitze travelled to Australia, New Zealand and South Africa to establish new records for swimming. Besides swimming the 100 miles around the Isle of Man, becoming the first person to swim to Robben Island and back to Cape Town, plus many other feats of incredible endurance swimming in her career. 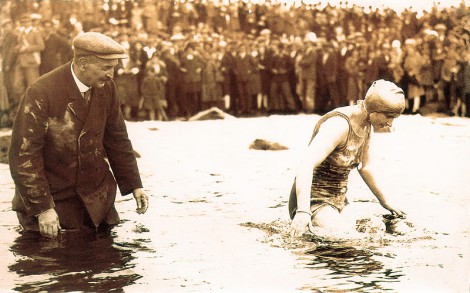 It was this incredible woman who has inspired Heather to complete the swim and have it officially recorded by the Irish Long Distance Association (ILDSA). Heather, who now lives in England, is 6 months in to her training regime and has another 7 left until the swim. She mostly trains in the evenings when her kids are in bed.

“I want to give something back to Portstewart by encouraging everyone to try something
new outside and to love everything Portstewart has to offer them.”