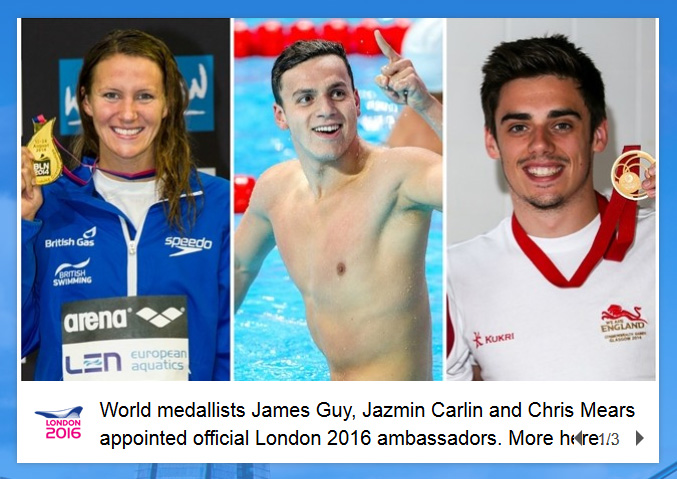 Three of the biggest names in aquatics James Guy, Jazmin Carlin and Chris Mears have been appointed as official ambassadors of the London 2016 LEN European Aquatics Championships with less than two months to go to the historic event.

Swimmers Guy and Carlin and diver Mears all enjoyed arguably the best year of their careers to date in 2015 following what was a record breaking FINA World Aquatics Championships for Britain in Kazan in August.

Guy, 20, claimed gold in the 200m freestyle and silver over double the distance in Russia before anchoring the British 4x200m freestyle relay team to a historic maiden world title.

Double European champion Carlin claimed the second World Championship medal of her career with bronze in the 800m freestyle, that coming six years after she won the same colour in the 4x200m freestyle relay in Rome in 2009.

Mears made history too in Kazan with a first ever bronze for Britain in the men's 3m synchro alongside Jack Laugher and also claimed World Series silver on the same boards as this May’s European Championships. 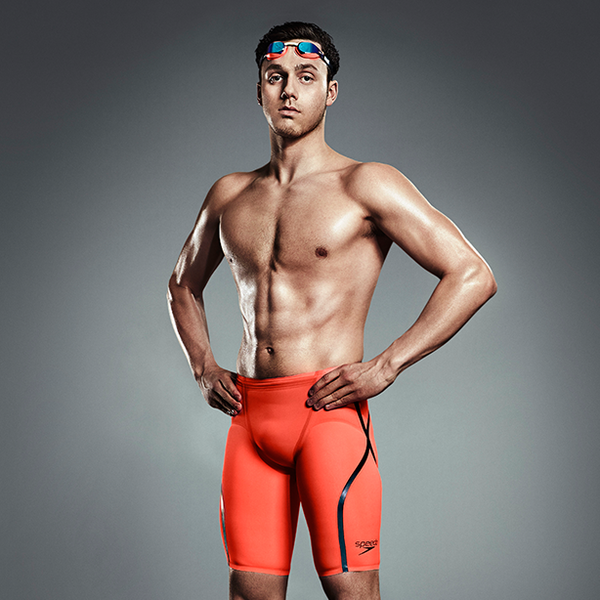 The iconic London Aquatics Centre at Queen Elizabeth Olympic Park will open its doors to almost 1,000 synchronised swimmers, divers and swimmers from May 9-22 and double world champion Guy admits there is no better place to make his European debut than at home.

He said: “I am delighted to be announced as an ambassador for the 2016 European Championships. The London Aquatics Centre was home to swimming at London 2012 and so to compete there in an Olympic year makes this event even more special. Following an incredible 2015, I’m looking forward to competing and racing with the best of Europe in May, in what is a very exciting year.”

Britain won best ever hauls of nine and four medals in swimming and diving respectively at last year's World Championship with Guy, Carlin and Mears contributing more than a third of the overall total of 13 between them.

The British swimming team for the Rio 2016 Olympics is confirmed as attending the European Aquatics Championships in May and for Carlin, it will provide perfect preparation for a potential tilt at the Games.

She said: “I am really excited that the European Aquatics Championships are coming to London this year. I was gutted to miss out on competing at the London Aquatics Centre at the 2012 Olympics and I’ve no doubt that the home crowd will be amazing and the atmosphere will be absolutely incredible.”

Mears made his Olympic debut at the iconic London Aquatics Centre in 2012 with the 2016 European Championships set to be the biggest event at the venue since those Games.

He said: “I am really excited about the European Championships being in London. The London 2012 Olympic Games were absolutely amazing, it was my Olympic debut and I'll never forget competing in front of so many people. Nothing beats competing at home in front of your friends and family and the London Aquatics Centre is a world-class venue. I love competing there and it will be the perfect preparation for the Olympics in Rio.”