Commonwealth Games 2018 Swimming Round Up - Day 4

What happened in day 4 of the commonwealth swimming games 2018?  Find all the results and highlights from the event below!

Keep up to date with times and one's to watch with our swimming guide here or follow our social media for live updates! 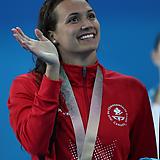 Canada's Kylie Masse set a new games record with a time of 2:05.98 in the women's 200m backstroke event, giving her a second gold medal of the games and topping out a Canadian one-two. Compatriot Taylor Ruck finished second to take her medal tally for these games to six. World champion Emily Seebohm of Australia took the bronze. 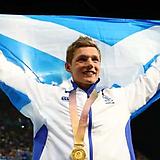 Duncan Scott claimed Scotland's first gold medal of the games with a fantastic swim in the men's 100m freestyle event and with it became Scotland's most decorated Commonwealth Games swimmer ever at a single games with a medal tally of five.

Chad le Clos and Kyle Chalmers tied for second place with a time of 48.15. 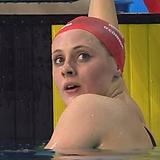 Siobhan-Marie O’Connor (England) became the first athlete to successfully defend a Commonwealth 200IM crown in a dominant start to finish victory over the Canadian pairing of Sarah Darcel and Erick Seltenreich-Hodgeson. 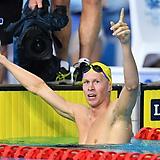 It was a clean sweep for the Australians in the men's 50m backstroke event in front of a sell out crowd on home soil. Mitch Larkin took the top step of the podium ahead of fellow countrymen Ben Treffers and Zac Incerti. 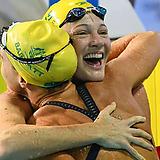 Hot on the heels of the men's 50m backstroke clean sweep for the Australians Cate Campbell led compatriots Holly Barratt and Madeline Groves to another all Australian podium in the women's 50m butterfly.

After building her career on the 50m and 100m freestyle disciplines Campbell's victory came in an event she only recently added to her program for 'a bit of fun' in order to push herself after a disappointing Olympics.

The final event of the day was another good one for the host nation as the Australian team took top honours in the men's 4 x 200m freestyle relay and established a new Commonwealth Games record at the same time.

Team England's James Guy was back on form for this event and his strong swim in the final leg of the event helped his team to demote the Scottish squad to bronze.

Team England was made up of Jarvis Parkinson, Cameron Kurle, Nick Grainger and James Guy with the Scottish team represented by Stephen Milne, Duncan Scott, Dan Wallace and Mark Szaranek.

Canada came in fourth and Gibraltar's 5th place in this event was well received by the capacity crowd. 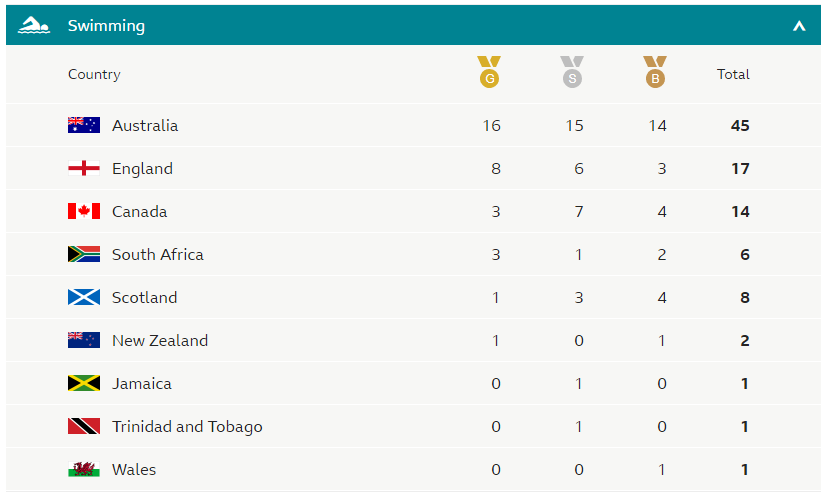