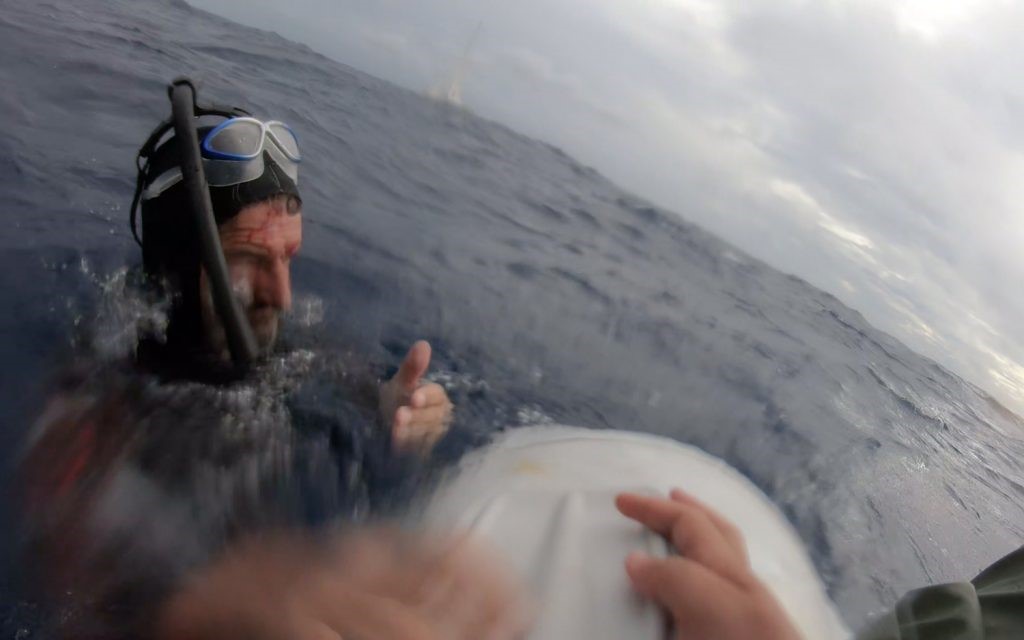 Ocean swimmer Ben Lecomte was lucky to escape serious injury after a face-first collision with the propeller on his support boat during his Longest Swim challenge.

Lecomte suffered cuts and scratches to his face after hitting the propeller during the 92nd day of his bid to swim 5,500 miles across the Pacific from Japan to San Francisco.

Only his snorkel prevented more serious damage, but the presence of Lecomte's blood in the water raised a concern over sharks so the Frenchman was immediately removed from the water.

The incident occurred after around eight hours of swimming which had seen the 51-year-old cover around 24 nautical miles.

He was carried forward by a large wave at the same time as a manoeuvre by the support RHIB which left a painful collision unavoidable.

"It was too late when I saw the grey side of the RHIB, my head was already by the propeller," Lecomte wrote on his blog. 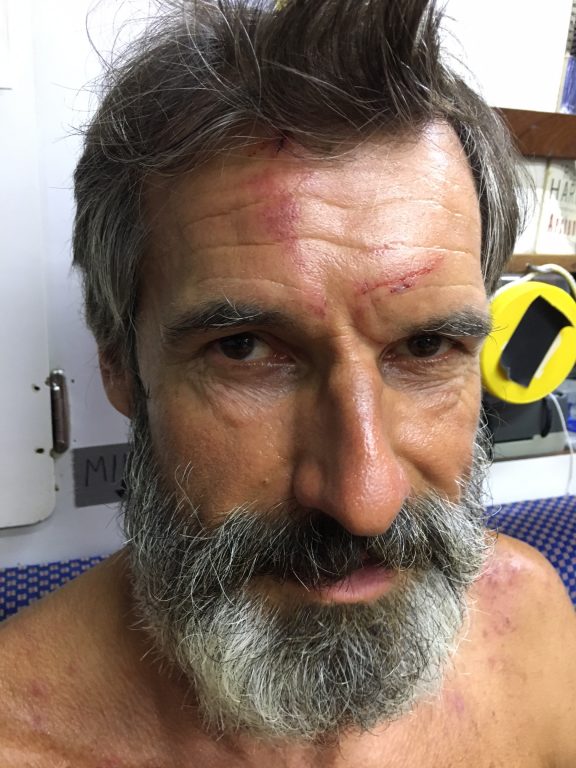 "I felt my forehead hitting a hard surface and immediately grabbed it. I was hurting but it wasn't an excruciating pain. When I removed my hands, blood started to drip."

Lecomte was checked over by his crew, and it was decided the cuts did not require stitches. He was cleaned up, and called time on his day's swimming.

"In the evening during our meeting, we spoke about what happened earlier and Paul showed me the snorkel I wore during the crash," Lecomte added.

"The propeller made a big cut in the snorkel, right in front of my nose. Had I not worn it, my nose would have been split in half."

The next day the team had a day off from swimming to do maintenance work on both the support boat and Lecomte's wetsuits. He has been rotating between four TYR wetsuits depending on which was the dryest, and took time to glue any small tears and put patches on larger ones.

This week, Lecomte is hoping to reach the milestone of swimming 1,000 nautical miles. His route following the Kuroshio current has not been a straight line however, so the crew estimate it will be another two weeks before they are 1,000 nautical miles from the Japanese coast.

Posted in News and Triathlon & Wetsuits