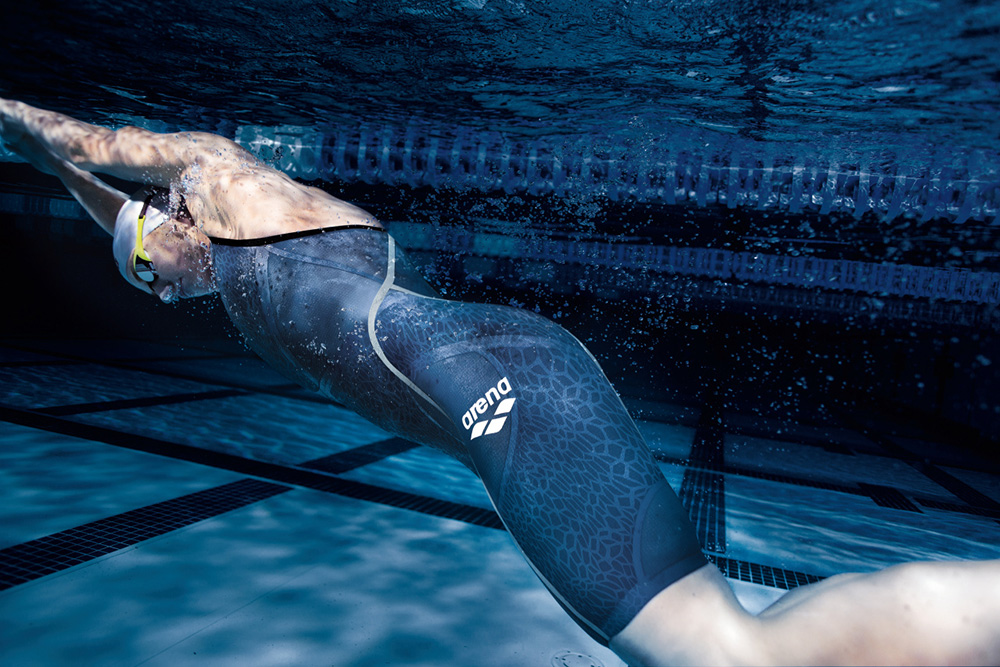 In 2012 the Powerskin Carbon-Pro revolutionized the design and manufacture of racing swimwear by integrating a carbon fibre cage into the suit's woven fabric, adding a whole new dimension to the concept of compression by maximizing support and control when and where it's needed. This concept of Intelligent Compression was the bedrock on which the new Powerskin Carbon series was built, and subsequent releases retained it as a fundamental feature, adapting the technology to the needs of every swimmer with the Carbon-Flex (2014), and the fabric and carbon configuration in the case of the Carbon-Air (2015).

Following unparalleled success of the carbon suits at swimming's biggest competitions, arena's R&D team - along with its international scientific network - decided it was time to pursue another quantum leap in swimsuit design. To do so they turned their attention from external to internal considerations, to the core of carbon technology, analyzing how the makeup of the inner components of the suit could maximize the effectiveness of the swimmer's actions in the water, over and above the existing benefits of Intelligent Compression.

The result of these efforts is the Powerskin Carbon Ultra, which incorporates a new level of support and movement management with an internal structure - the ULTRA-LINK SYSTEM - designed to optimise the athlete's physiology. By connecting key muscle groups and isolating upper and lower body movements, this revolutionary system increases the swimmer's efficiency and improves their body position in the water. And by targeting specific compression zones, it further supports and streamlines the body to reduce turbulence and drag. 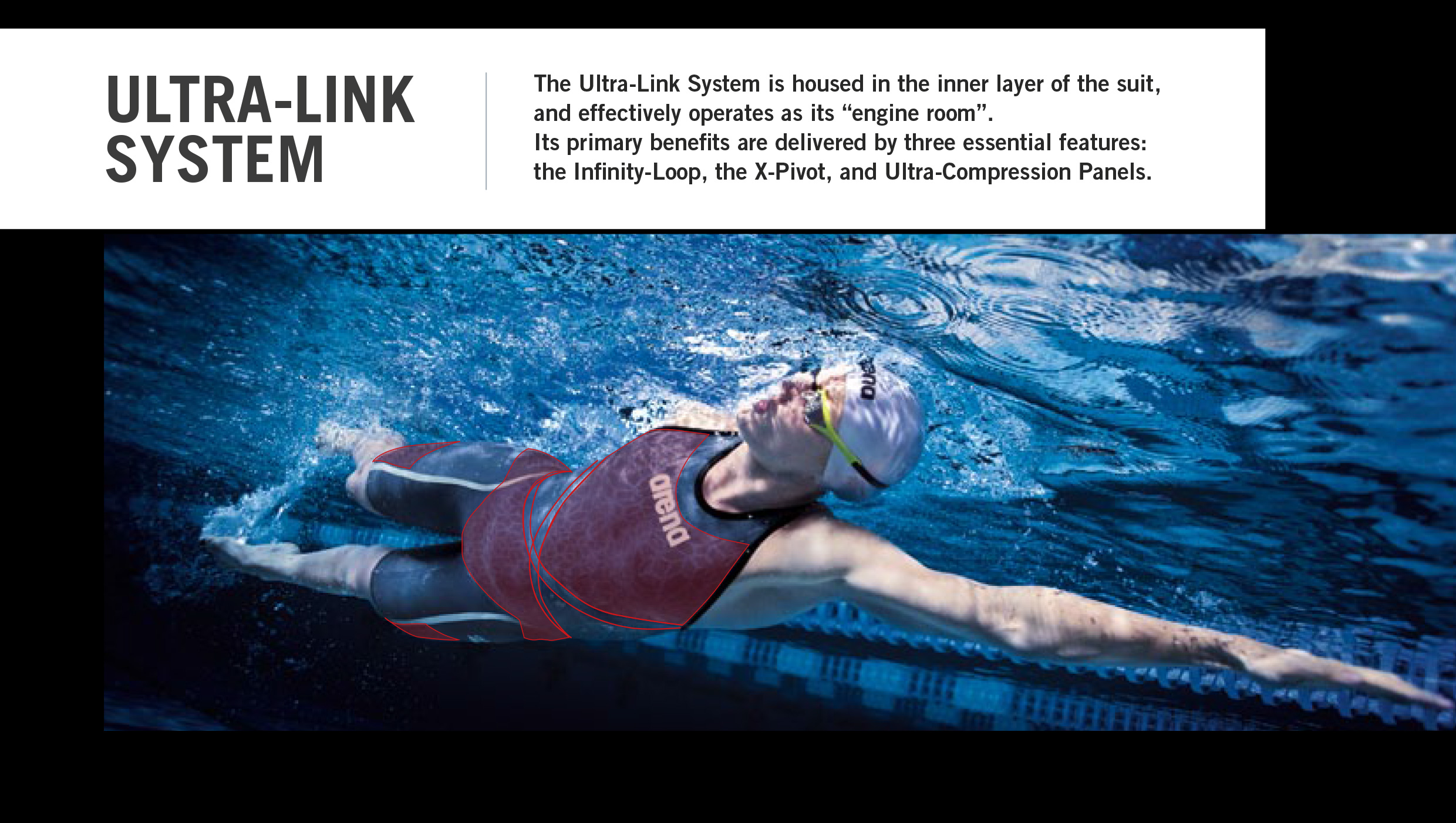 The Infinity-Loop design is based on a deep knowledge of the key muscle chains that help in keeping a streamlined body position. It employs a continuous tape that:

Together these features provide for the perfect distribution of tension and enable them to maintain an optimal body position in the water, thereby 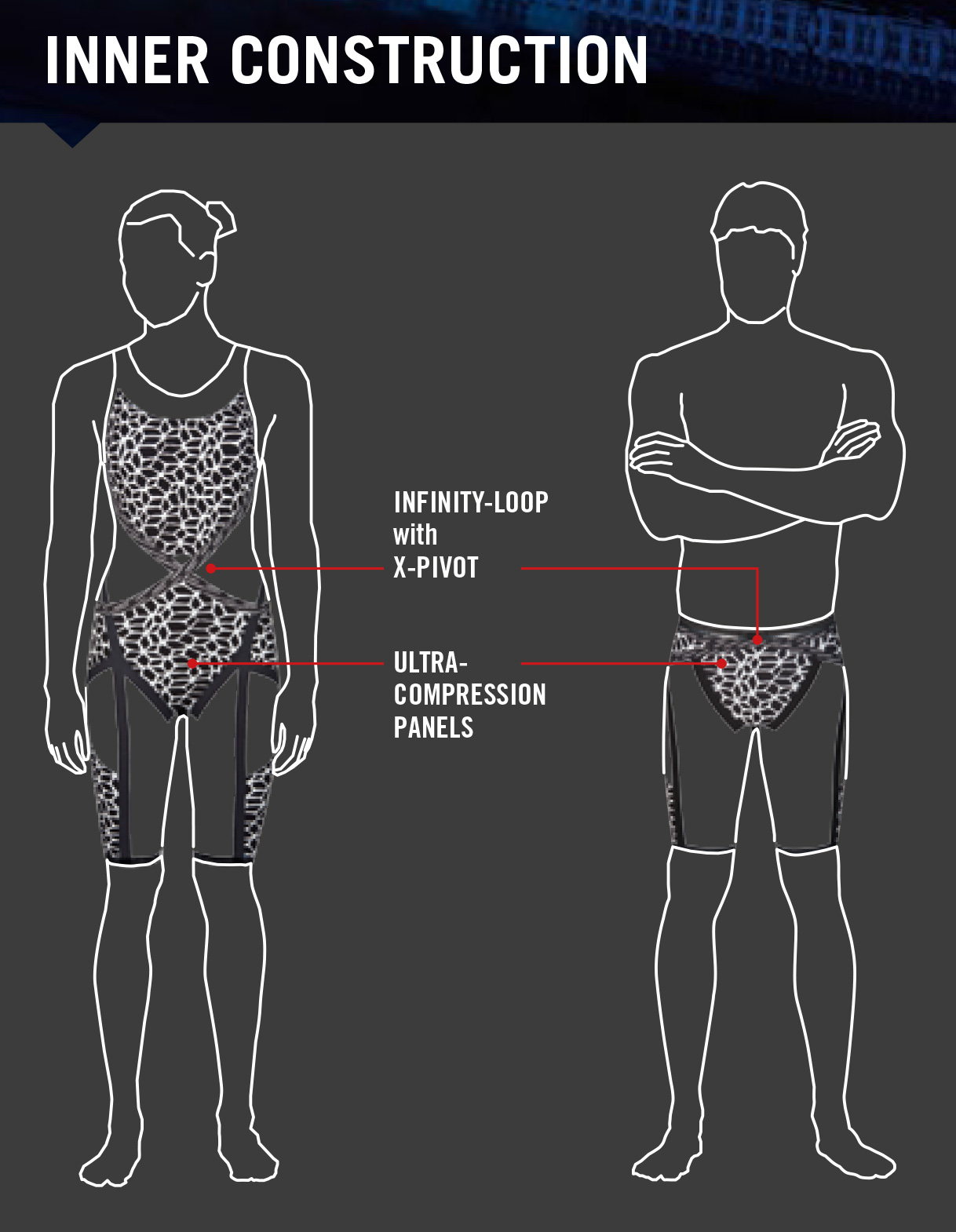 In addition, the suit's outer shell integrates an ULTRA-CAGE with three times more carbon than before, enhancing the range's trademark intelligent compression without compromising reach and freedom of movement.

The X-Pivot feature delivers intelligent compression and anatomical support without limiting freedom of movement. Its design draws on a fundamental grasp of body mechanics to isolate movement in the upper and lower body- strategically-placed tapes create a brace which keeps the lower body and core muscles firm and supported while still allowing the upper body to rotate freely. This movement isolation increases athlete efficiency by allowing them to pivot mid-stroke with minimal additional rotation or loss of body position in the water. As a result, the core body position remains stable even as the upper body rotates and flexes during the stroke.

Ultra-Compression Panels are designed to work with the external Ultra-Cage fabric to deliver targeted areas of additional compression on the inside of the suit, supporting key muscles and aligning them with the direction of movement.

The multi-layer panels also streamline body shape, keeping it stable and high in the water, which in turn reduces drag and minimizes water resistance, particularly in areas normally prone to turbulence. These factors all contribute to maximizing the swimmer's efficiency.

The Carbon-Ultra uses a new outer shell fabric, which delivers intelligent compression of the body, the hallmark of the carbon family of suits. 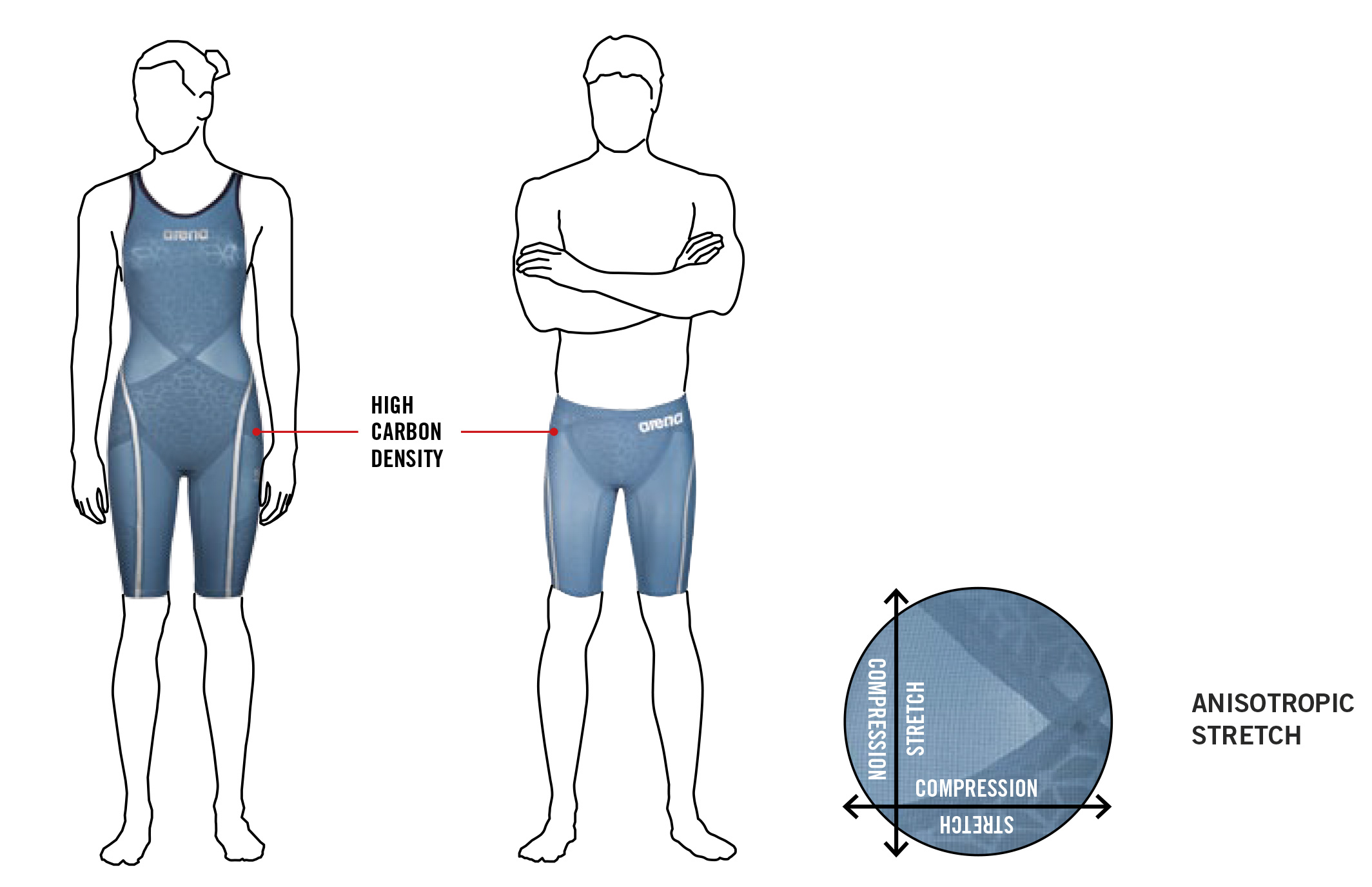 Containing three times more carbon than before, the fabric is woven more tightly, which means it is able to more accurately conform to the athlete's shape, distributing pressure uniformly to streamline the body. Intelligent compression is enabled by the anisotropic stretch of the fabric, which allows differential stretch in the horizontal and vertical directions, resulting in effective compressing of the body without restricting reach and freedom of movement. When these technological design features are combined, the benefits for the swimmer are profound -they are able to channel their energy more efficiently by reducing any nonessential effort and movement. Simply stated: greater output (performance) for each unit of input (energy).

As you can tell, Arena has been putting some serious thought and serious funds behind the development of the new Carbon Ultra suit, we're expecting them to be the fastest ones yet! Check out the teaser video below: